Now is an excellent time to upgrade your law firm to Microsoft SQL 2014. Moving to Microsoft SQL Server 2014 can actively boost performance of essential business applications and enhance availability and disaster recovery, security and compliance as well as scalability and support.

A recent research study found that companies that upgraded to a more modern SQL Server saw returns on their investment in less than a year, thanks to performance and reliability improvements that reduce management and resource costs. Not to mention SQL Server’s close integration with Microsoft’s Azure cloud services means that databases can be virtualized, consolidated, and scaled across the cloud to maximize performance and reduce costs.

Microsoft is also quick to point out other new components in SQL Server 2014, such as Data Quality Services and Master Data Services, as well as the more robust Integration Services and the Analysis Services tabular mode.

For SQL Server customers, there are several options: SQL Server 2012, SQL Server 2014 and Azure SQL Database. SQL Server 2016 is currently in beta and customers are testing it out, but Microsoft does not advocate waiting for it to be released.

SQL Server 2014 comes in four flavors, while Azure SQL Database comes in three. There's also a marked difference between the 2012 and 2014 versions.

End-of-support for SQL Server 2005 ended exactly one month ago. It’s definitely time for your law firm to upgrade. Call us for more information on migrating and using SQL Server 2014. 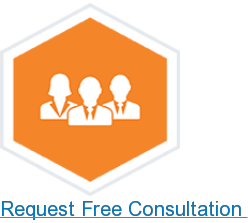